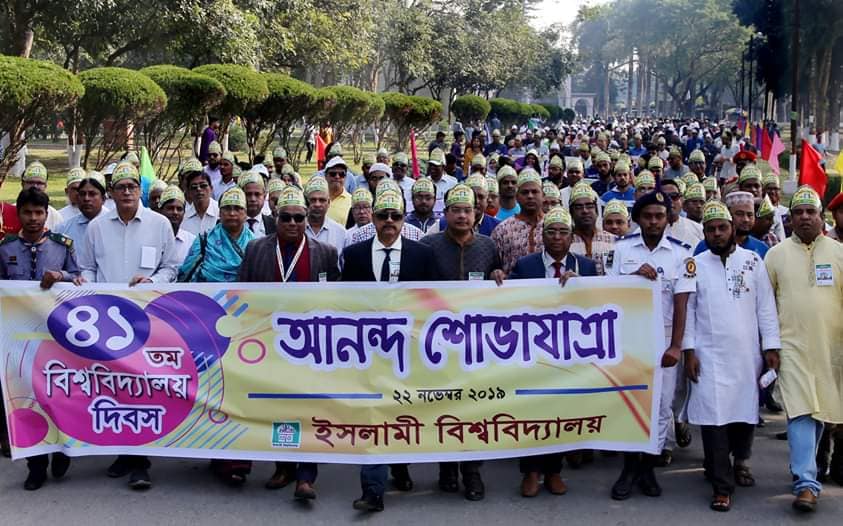 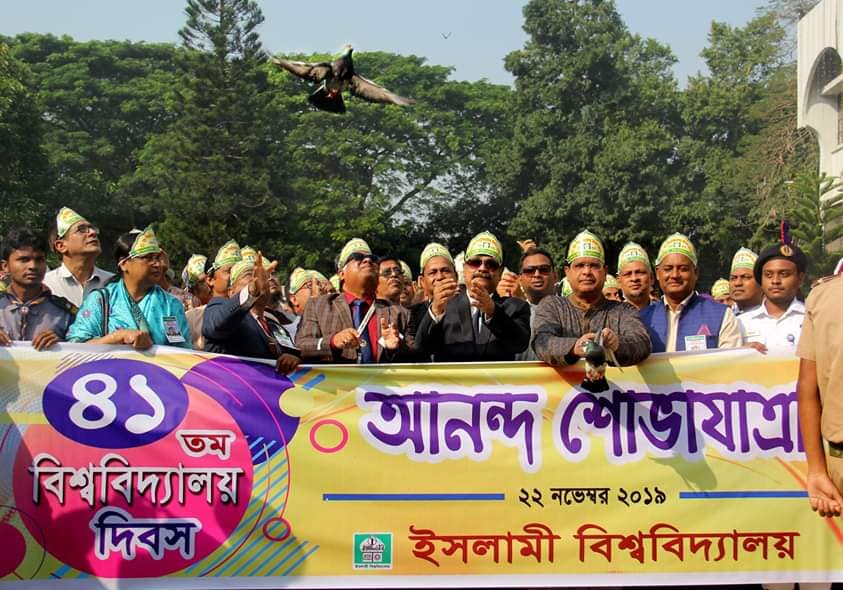 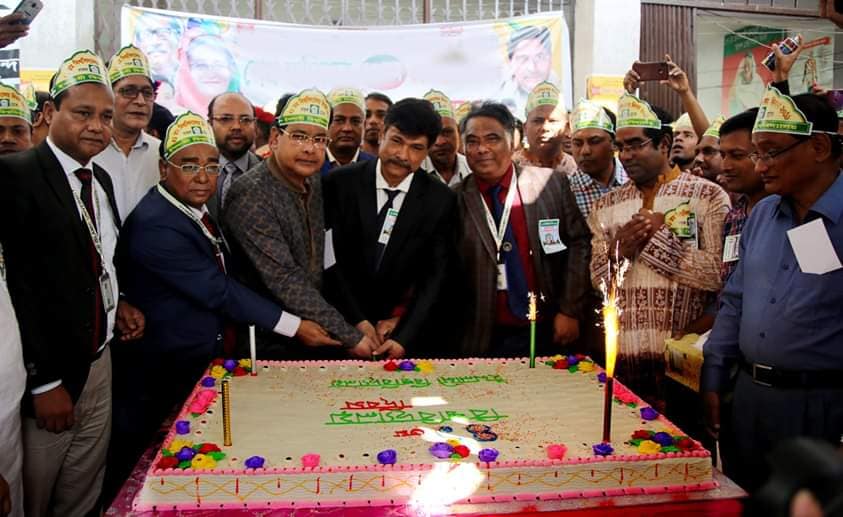 Islamic University, Kushtia, Bangladesh celebrated its 41st birthday yesterday (on 22nd November) with mirth and merriment. To mark the day a day-long programme, including a rally, discussion meeting and cultural session, was held in the campus. The day's programme started at 9:30 AM with the hoisting of the National flag by the VC of IU Professor Dr. Rashid Askari and the university flag by the Pro-VC Professor Dr. M Shahinoor Rahman. Treasurer Professor Dr. Selim Toha and Registrar (in charge) S M Abdul Latif were present there among many others. The VC later inaugurated different programmes of the day by blowing up balloons and releasing pigeons at 10.00 AM. However, before it (at 9:15 AM) the provosts of different halls hoisted the national flag and the respective hall's flag. The students, teachers, officers and employees of different departments, halls, offices and Islamic University Laboratory School joined the rally carrying banners, placards and festoons with them. The rally led by the Vice Chancellor started from the administration building premises and also ended there after encompassing several roads on the campus. Then the VC along with Pro-VC, Treasurer and Registrar (in-charge) cut the university's birthday cake there. After it a short discussion meeting was held and it was addressed by the VC as the chief guest. Pro-VC and Treasurer spoke there as special guests. After Jumma prayer a special munajat was offered in the central mosque wishing peace and development of the university. Then at 3.00 PM a cultural programme was held at the Bangla Mancha of the university.